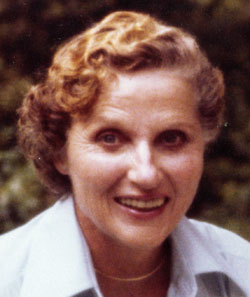 James Tiptree, Jr.
James Tiptree, Jr. (August 24, 1915–May 19, 1987) was the primary pseudonym of Alice Bradley Sheldon. Born Alice Hastings Bradley in Chicago, Illinois, to author Mary Hastings Bradley and lawyer and naturalist Herbert Bradley, Tiptree was educated at the University of Chicago Laboratory Schools and then at finishing schools in Lausanne, Switzerland, and Tarrytown, New York. As a child, she accompanied her parents on three safari expeditions to Africa, becoming the child-celebrity protagonist and illustrator of her mother’s books Alice in Jungleland (1927) and Alice in Elephantland (1929). In 1934, after a year at Sarah Lawrence, she married Princeton undergraduate William Davey; both attended the University of California at Berkeley and then New York University without taking degrees. An aspiring painter, she exhibited her work at the Art Institute of Chicago and the Corcoran Gallery in Washington, D.C.

After her divorce in 1941, Tiptree worked as an art critic for the Chicago Sun before enlisting in the Women’s Army Auxiliary Corps, where she trained as a photo-intelligence analyst and rose to the rank of major. Stationed in Europe in 1945–46, she married fellow intelligence officer Huntington Denton Sheldon. After their return to the United States, the Sheldons ran an ill-fated chicken hatchery before joining the newly-minted CIA in 1953, where Tiptree helped expand the agency’s photo-intelligence section and later specialized in the analysis of African politics. After completing her undergraduate education at American University in 1959, Tiptree studied psychology at George Washington University, earning her Ph.D. in 1967 and publishing “Preference for Familiar Versus Novel Stimuli As a Function of the Familiarity of the Environment” in the Journal of Comparative and Psychological Psychology in 1969.

Tiptree invented her famous pseudonym in 1967 when she began submitting to science fiction magazines, inspired by a jar of Tiptree marmalade she saw at the supermarket. As her stories began to appear in print and to attract attention—she won the 1974 Hugo Award for “The Girl Who Was Plugged In,” the 1974 Nebula Award for “Love Is the Plan the Plan Is Death,” and both Hugo and Nebula Awards in 1977 for “Houston, Houston, Do You Read?”—Sheldon withheld details about her identity, offering “Tip” as an increasingly elaborate persona both for publication and in her extensive private correspondence with writers including Philip K. Dick, Harlan Ellison, Ursula K. Le Guin, and Joanna Russ. She also published a handful of items as Raccoona Sheldon, ostensibly one of Tiptree’s female friends. Tiptree was publicly exposed as Sheldon early in 1977, prompting a rather good-natured embarrassment among critics who had discerned “something inherently masculine” in Tiptree’s prose and wide discussion of the relationship between reading, writing, and gender.

Tiptree collected her stories in Ten Thousand Light-Years from Home (1973), Warm Worlds and Otherwise (1975), Star Songs of an Old Primate (1978), Out of the Everywhere, and Other Extraordinary Visions (1981), The Starry Rift (1986) and other volumes; she also published two novels, Up the Walls of the World (1978) and Brightness Falls from the Air (1985). At seventy-one, increasingly suffering from depression and ill-health, she took her own life at home in McLean, Virginia, in a murder-suicide pact with her husband. The James Tiptree, Jr. Literary Award, conceived in 1991, honors work that explores and expands ideas about gender. 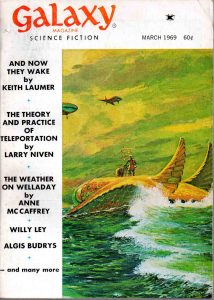