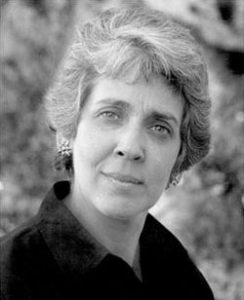 Joanna Russ
Joanna Russ (February 22, 1937–April 29, 2011), often cited as the author of the landmark feminist SF novel The Female Man (1975), was also a prolific reviewer and essayist and published several collections of short fiction, including Alyx (1976), The Zanzibar Cat (1983), Extra(ordinary) People (1984), and The Hidden Side of the Moon (1988). Born Joanna Ruth Russ in the Bronx to public school teachers Evarett and Bertha (Zinner), Russ demonstrated early aptitude in the sciences (becoming a finalist in the 1953 Westinghouse Science Talent Search for her project “Growth of Certain Fungi under Colored Light and in Darkness”) but turned to literature at Cornell, where she studied with Vladimir Nabokov and published in undergraduate magazines. After college, she attended the Yale School of Drama, earning an MFA in playwriting in 1960, and began a career as an English professor at Queensborough Community College in New York.

Russ read science fiction as a teenager because it promised a world “where things could be different,” and sold her first science fiction story, “Nor Custom Stale,” while still in graduate school. She married journalist Albert Amateau in 1963 and divorced him in 1967. During this period Russ established herself as leading voice in science fiction’s New Wave, one who embraced the radical politics of her time—especially its feminist variants—and who wove them into her stories accordingly. As she noted in a letter to Susan Koppelman, Russ saw anger as an important part of both politics and art, noting that “from now on, I will not trust anyone who isn’t angry.” While some members of the science fiction community were uneasy with Russ’s political views, others recognized the innovative nature of her fiction and in 1968 she received a Hugo nomination for her first novel, Picnic on Paradise, which follows the adventures of a female mercenary named Alyx. Alyx (who stars in the Russ’s “The Barbaian,” featured in this anthology), is both an homage to C. L. Moore’s groundbreaking 1940s adventuress Jirel of Joiry (also featured in this anthology, in the story “Black God’s Kiss”) and the template for nearly every strong female protagonist in contemporary science fiction.

Teaching subsequently at Cornell, SUNY Binghamton, the University of Colorado at Boulder, and the University of Washington (from which she retired in increasingly ill health in the 1990s), Russ published influential feminist literary criticism (including How to Suppress Women’s Writing, 1983, and To Write Like a Woman: Essays in Feminism and Science Fiction, 1995) alongside her fiction. Her story “When It Changed” won a 1973 Nebula Award; “Souls” received both Hugo and Locus Awards in 1983. In 1995, Russ received retrospective Tiptree Awards (for the best explorations of sex and gender in speculative fiction) for “When It Changed” and The Female Man (1975). She died in Tucson after a series of strokes, and was posthumously inducted into the Science Fiction and Fantasy Hall of Fame and named a Science Fiction and Fantasy Writers of America Grand Master. Her papers are archived at the University of Oregon. 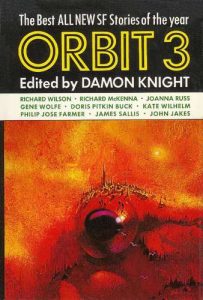