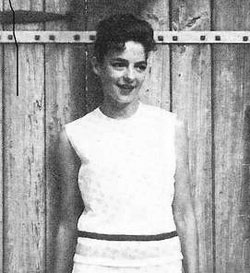 Rosel George Brown in the mid-1960s

Rosel George Brown
Rosel George Brown (March 15, 1926–November 26, 1967), born Rosel George in New Orleans, Louisiana, was the second of Sam and Elizabeth Rightor George’s three children; she grew up in Bay St. Louis, Mississippi, and New Orleans, where her father worked as a nurseryman. Graduating from Sophie Newcomb College in 1946 with a degree in ancient Greek, she married Tulane student and returning veteran W. Burlie Brown the following year. Continuing her education in the classics at the University of Minnesota, she specialized in fifth-century Greece, a lifelong interest, and began writing a life of Alcibiades. Returning to New Orleans, where her husband joined the history department at Tulane, she had two daughters (in 1954 and 1959) and worked as a teacher and welfare visitor.

Brown’s first published story, “From an Unseen Censor,” appeared in Galaxy in September 1958; that same year, she received a Hugo nomination for the best new science fiction or fantasy author. Brown went on to publish nearly two dozen more speculative stories in the next five years, many of which were featured in her 1963 collection, A Handful of Time. She was a charter member of the Science Fiction Writers of America, and in 1966 she published two novels, Earthblood (in collaboration with Keith Laumer) and Sibyl Blue Sue (retitled Galactic Sibyl Blue Sue for the paperback edition), the latter featuring a future-detective main character Judith Merril described as “the swingingest mama since—well, since.”

Brown’s promising career was tragically cut short when she died at forty-one of lymphoma. As Daniel F. Galouye recalls in his memorial piece from Nebula Award Stories (1969), Brown was a “crisp stylist” whose signal accomplishment was the production of short stories “rich in emotion and satirical content” while the character of Sibyl Blue Sue was “a landmark in science fiction” that underscored Brown’s “skill at cloaking unconventional protagonists with vividly drawn credibility.” The Waters of Centaurus, a sequel to Sibyl Blue Sue, was published posthumously in 1970. 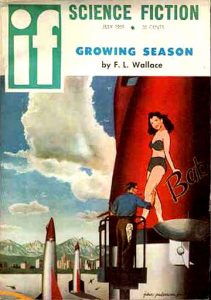