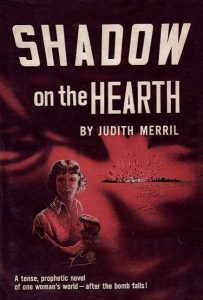 Judith Merril’s novel SHADOW ON THE HEARTH (1950) was adapted for The Motorola Television Hour as “Atomic Attack.”

Science fiction’s Golden Age—from 1940 to 1960, approximately—saw the genre move from the margins of the culture toward its center. For women who began writing during these years, including Judith Merril, Carol Emshwiller, Andre Norton, and others who have been all but lost to history, SF magazines proliferated and paid them increasingly well for their work; a new generation of editors demanded better-crafted sentences and new approaches to already established themes. Book publishers, both genre-specialist and mainstream, increasingly sought story collections, novels, and anthologies.

Enabling professional literary careers for some of the writers included in The Future Is Female!, growing audiences also enjoyed SF radio shows, comic books, and movies; Merril became the first woman (and one of the first authors of any gender) to have her SF adapted for television. In the wake of Hiroshima and Nagasaki, the stakes involved in speculation about the future increased exponentially, drawing mainstream authors and critical attention to the genre.

By the 1960s, with the advent of the Space Age, some of the wildest imaginings of the genre’s pioneers had become matters of fact: supercomputers, robots, lasers, and lunar exploration programs were now entirely real. For the generation of women beginning their careers during these years—writers including Sonya Dorman, Ursula K. Le Guin, and Joanna Russ—changing times seemed to have overtaken much of the SF they had grown up reading. Rethinking their predecessors’ often utopian investments in the world-altering potential of the hard sciences, they turned to psychology, anthropology, and sociology, and to modernity’s many discontents, exploring themes like consumerism, overpopulation, virtual reality, corporatism, and the technoscientific manipulation of sex and gender. 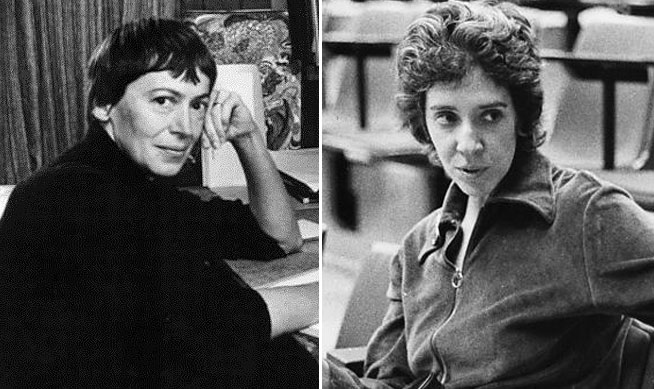 Most notably, these “New Wave” writers (as they came to be called) not only experimented with more contemporary subject matter but with form, style, and modes of expression. For inspiration, some looked to avant-gardes in art, music, and literature, as well as to futurity. More than ever before, they saw their stories appear in literary or mainstream magazines, and deliberately crossed genres; the “science fiction” of earlier generations became, more popularly, “speculative fiction.”