Introduction by Lisa Yaszek
V. Toward a Feminist SF 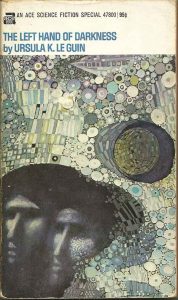 Motherhood, community survival, and the future of human reproduction are significant concerns in these and other stories featured in The Future Is Female! The ways in which science and technology might be used to literally reconstruct sex, overturning readers’ assumptions about “natural” gendered behavior and enabling radical new modes of living, is a third prominent theme throughout women’s speculative fiction. Anticipated on occasion in stories of the Pulp Era and Golden Age, it is particularly evident in the New Wave stories of Sonya Dorman, Marion Zimmer Bradley, and Ursula K. Le Guin, all of whom extrapolate from current scientific and technological developments to imagine worlds in which sex, gender, sexual orientation, and individual humanity have been profoundly altered. How will cohorts of clones address each other? How will military men feel about their pregnancies? Shape-shifting and protoplasmic, will we look back with nostalgia on bodies, or on love?

From provocative thought-experiments such as these, the overtly feminist SF of the 1970s began to take form. It is one thing to map the limits of traditional gender roles and the damage they do to women and men alike, as many authors in The Future Is Female! do implicitly. It is another to envision and articulate new arrangements that might have some positive bearing on the present—as several New Wave authors, including Ursula K. Le Guin in The Left Hand of Darkness (1969) and Joanna Russ in The Female Man (1975), went on to do over the course of their subsequent careers 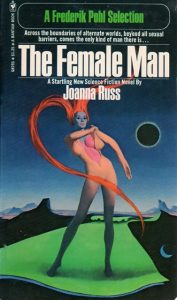 And this is why we need to remember the women of early SF: they are the missing link between the pioneering experiments of Mary Shelley and the finely honed, radiant results we see increasingly in the work of women writing today. Even more consciously than their famous foremother, the twenty-six women included in The Future Is Female! were dedicated to creating a new kind of fiction that could communicate individual hopes and fears about life in a technoscientific world across centuries, continents, and cultures. In doing so, they identified some of the most pressing issues facing women—and indeed, all people—at the beginning and middle of the twentieth century, laying the groundwork for the contemporary women authors we continue to celebrate, and for the writers of tomorrow. So we learn that women who dream about new and better futures for all did not come from outer space, 20,000 leagues under the sea, or even a swiftly tilting planet. Instead, they have always been with us, always insisting that the future is female.